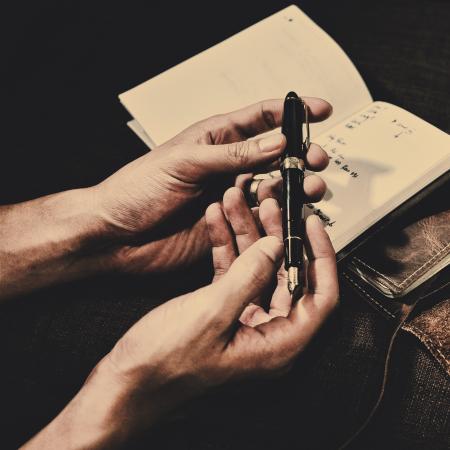 The winners of the 2020 Penguin Random House Student Award for Fiction have been announced. This year’s first place prize of $2,500 has been awarded to Kimberley Alcock. Two runner-up prizes of $1000 each have been awarded to Rajinderpal S. Pal and Chris Pickrell.

Kimberley Alcock has an MFA in Creative Writing from the University of Guelph and she recently completed a fiction mentorship with the University of Toronto’s School of Continuing Studies. After years living and working abroad in Mainland China, the Middle East, and Eastern Europe, she is now based in Vancouver where she is working on Okanagan Girls, a collection of short fiction set in the Okanagan Valley in the 1970s.

Alcock won for her piece “Abundance,” which contest judge Joe Lee (Assistant Editor, McClelland & Stewart) describes as “an unforgettable and harrowingly tragic journey that delves deep into the gritty and unsavoury side of Vancouver,” adding “Put simply, this writer hits on so many levels—you can smell the sourness of the car, the heat of the home, and the tension in the closing scenes is palpable. An outstanding work of short fiction.”

Rajinderpal S. Pal is a writer and performer based in Toronto. Pal’s first collection of poetry, "Pappaji Wrote Poetry in a Language I Cannot Read " (TSAR, 1998), was the winner of the 1999 Writer’s Guild of Alberta Award for Best First Book. Pal’s second collection, pulse (Arsenal Pulp Press, 2002), was short-listed for both the W.O. Mitchell City of Calgary Book Prize and the Alberta Book Award for Best Book of Poetry. Pal has performed his work internationally and has had poems published in translation in Portugal and Brazil. He recently returned to writing after a fourteen-year hiatus and is currently working on his first novel, as well as collaborating with musicians and videographers to create multi-disciplinary performative acts of storytelling.

Pal made the top three with an excerpt from his novel “Settle,” which contest judge Kelli Deeth (short fiction writer, SCS instructor) describes as “a complex tale—that of seven-year-old Devinder Gill as he comes to understand he has lost his parents, and that of the adult Devinder as he maneuvers between two lives, one of them secret.” Deeth says Pal’s use of evocative language and sharp detail is what made his submission stand out. “Pal delineates a world and characters so real and alive, the reader can almost hear them breathing. Rajinderpal S. Pal is a tremendous talent,” she says.

Chris Pickrell is a Naturopathic Doctor, Herbalist, Professor, with plans to win a Nobel Prize in Literature. He teaches and coordinates the Botanical medicine program at the Canadian College of Naturopathic Medicine, and is the author of the textbook Advanced Botanical Prescribing. Chris lives and works in downtown Toronto.
Pickrell’s short story “Death of a Teenager” impressed contest judge Linda Rui Feng (novelist and cultural historian) with its insight. “We are given a glimpse of something through a crack that only opens for one fleeting moment. Throughout, the author deftly makes use of the most compelling features of the short story form: its economy, subtext, and the ability to resonate in the reader's mind long after the narrated events have passed.” she says.

The Penguin Random House Student Award for Fiction is awarded annually to a School of Continuing Studies creative writing student who has taken a course within the previous year. Entrants may submit either a fictional short story or novel excerpt for consideration and the winner and finalists are published in a chapbook.