The chemistry of consciousness 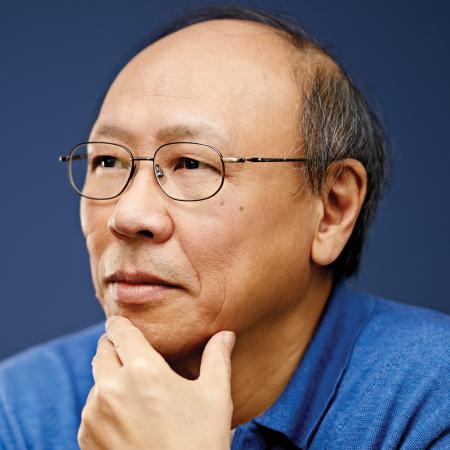 “Science and mindfulness, it’s the yin and the yang. They are interconnected, and I can’t wait to learn more.”

The chemistry of consciousness

“I have devoted my professional life to analytical chemistry, to evidences, facts, and data quality. But I’ve always known there is more than the physical world” says Herman Lam, who recently completed our Certificate in Foundations of Applied Mindfulness Meditation, offered in partnership with the Factor-Inwentash Faculty of Social Work.

After working in pharmaceutical development for over 20 years, Herman is now semi-retired, working as a consultant a few days a week. Having more free time inspired him to finally act upon his lingering interest in mindfulness meditation and Eastern philosophies.

“I wanted to learn more about the life we live, about consciousness, and the history of Buddhist and Taoist philosophies. As I have aged, I have become more and more aware of the fact that our whole human existence is so short in comparison to that of the universe and nature; we have so much to learn” he says. “My whole career was based on precision and accuracy of measurements. Now it’s time to view the world through a different lens.”

Applied Mindfulness Meditation courses at SCS provided just the lens Herman was seeking. He enjoyed connecting with his instructors and other learners, who came from a wide range of disciplines and backgrounds. “Hearing my instructors’ unique insights, and discussing how my classmates incorporate mindfulness into their daily lives was really eye opening. The environment at SCS was just so friendly” says Herman. This learning experience not only enhanced his inner peace, but improved his consulting work. “Mindfulness has helped me prioritize” he says. “When you are dealing with a complex problem, you can get lost and struggle to focus. With mindfulness, I bring clarity to my scientific work. I can attempt non-judgmental ways of looking at things, which leads to solutions and new discoveries.”

When Herman reflects on the integration of science and mindfulness, he sees a future full of potential. “One of the workshops I attended focused on neuroscience and mindfulness, providing a solid scientific basis for the practice of mindfulness. In the future, science will continue to illustrate the power of meditation and awareness” says Herman. Next, he plans to take our Applied Specialization in Mindfulness Meditation Certificate to further grow his abilities. “Science and mindfulness, it’s the yin and the yang” he smiles. “They are interconnected, and I can’t wait to learn more.”