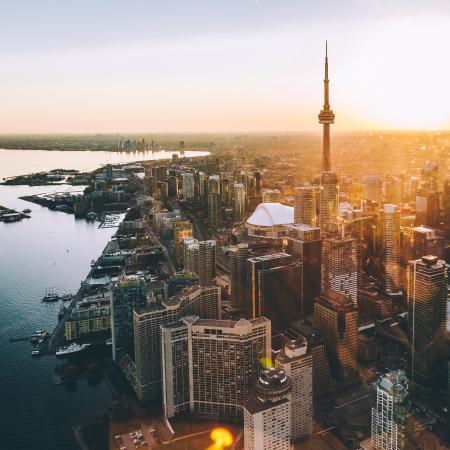 Fifty years from now, when historians look back at the COVID-19 pandemic, they will realize the unimaginable economic fall-out from it. COVID-19 has significantly transformed the North American economy. Here’s what strikes me as the three most important ways our economy has been transformed. Not surprisingly, they are interrelated.

1) When it comes to working, there’s no place like home

Recently, Jaime Dimon, CEO of JP Morgan, said that every employee was obligated to reveal their COVID-19 vaccination status by the end of June, and he expected everyone back in the office a week later. To me, this is one of those cases where the exception proves the general rule! Scores of other companies including Microsoft, Apple, and Google, have announced that there will be a mixed employment model going forward, with the majority of time spent working from of home.

My prediction is that this will have the impact of reducing wage increases for what we would term “white collar workers”, as businesses recognize how much further ahead their home-based employees are in cost savings.

Even before the onset of COVID-19, there was a significant shift from bricks-and-mortar retail to online channels. COVID-19 accelerated this trend. It is now estimated that roughly one quarter of North American malls are scheduled to close in the next few years. As I walk the downtown streets of Toronto – where I’ve lived for the past forty-five years of my life – I’ve never seen anything similar to this vacancy rate. My guess is that it will be getting worse before it improves, as businesses that have been hanging on for dear life realize that the rebound is going to be far less robust than many imagine.

I’ve already talked about the working from home phenomenon, and this has a tremendous impact on commercial rents. I spoke with a couple of good friends involved in that business, and what they’re seeing is a great deal of negotiation between landlords and existing tenants. However, they don’t see any uptick in demand as more and more work is done from home

This helps explain why house prices are appreciating as rapidly as they are; more people are spending more time at home than they ever have before. It makes sense that you’d want more space, because if there is a couple who both work from home, you simply need it. Unless mortgage rates tick up significantly, it looks like there will be a long-term bull market in residential housing.

3) The emergence of cryptocurrencies

To combat the government-imposed shutdown, there has been an almost inconceivable amount of fiscal stimulus, combined with the monetization of debt. By the way, what “monetization” means is that when debt is issued by the government, rather than finding a legitimate, arm’s length buyer, the Central Bank simply runs the printing presses to come up with the money. There is the belief among many that fiat currencies issued by governments aren’t reliable. In previous generations, gold would be the safe haven. But that was then, and this is now. Today, many are piling into cryptocurrencies.

Let me get something on the table: I think that crypto is a Ponzi-scheme and there will be a monumental collapse sooner or later. I don’t know what will precipitate it. But I think it’s inevitable, and my hope is that the collapse happens before there is too much “value” tied up in cryptos. I hope their demise doesn’t pull the real economy down with it.

The best-case scenario is that the developed world will find a way to flatten out its accumulation of debt. If economic growth could be 3%, while the debt would grow at a slower rate, it would restore faith in fiat currencies, and that would gradually and gently take the air out of the Bitcoins of the world. Fingers crossed that it plays out this way.

But here’s the really important economic lesson from COVID-19: If you allow an economy to efficiently allocate resources, in the short run there will be winners and losers. But in the long run, everyone wins because the machine will find a way to generate goods and services of real value.

Michael Hlinka received his MBA from the University of Toronto in 1986, became a CFA Charterholder in 2004, and is a tenured professor at George Brown. Michael specializes in industry licensing courses such as Canadian Securities, Derivatives Fundamentals and Portfolio Management. In addition to his teaching duties, Michael is a regular commentator on CBC Radio's Metro Morning is a nationally syndicated radio columnist, and writes a regular weekly column for Outreach Magazine, marketed by Toronto's homeless and unemployed.