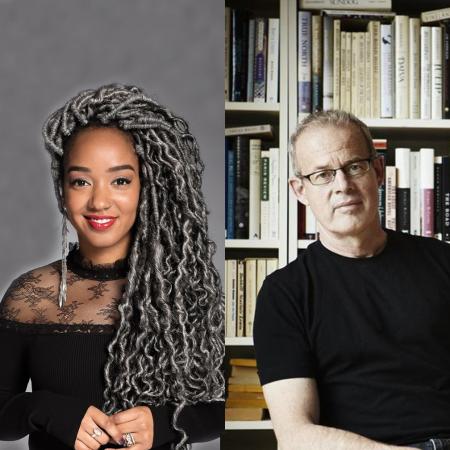 "Find a circle of support that will give you honest and critical feedback on your work. Trust me, it will elevate your ideas and your practice." - Amanda Parris

When the 2019 Governor General’s Literary Awards were announced at the end of October, two of the seven names were particularly familiar to the University of Toronto School of Continuing Studies (SCS) creative writing community.

Former student Amanda Parris won the drama category for her play, Other Side of the Game, while current instructor Don Gillmor took top spot in the non-fiction category for his book To the River: Losing My Brother.

Awarded by the Canadian Council for the Arts, the Governor General’s Literary Awards celebrate the best in Canadian literature. Parris says that receiving the Governor General’s Award is an incredible honour as well as an affirmation that extends beyond her own craft to the subject matter of the play. “Other Side of the Game puts a spotlight on voices, stories, histories and cultures that are rarely seen on Canadian stages. It is humbling and exciting for it to receive this platform.”

Inspiration to write the play, which focusses on black women who support incarcerated loved ones, came to Parris in pieces, starting with a visit to a friend who was incarcerated in the Don Jail. “While sitting in the visitors’ waiting room, I looked around and realized that it was filled with mostly women. I immediately became curious about their stories, wondering who they were there to see and how they were feeling in this moment.” She explains.

Parris began informally interviewing women that she knew had supported a loved one who was incarcerated before poet and writer Keisha-Monique Simpson helped her see how much bigger the story could be. “She had a recurring dream that the two of us worked on a play about the experiences of Black women in activist communities of the past. In a moment of inspiration (which came while I was washing the dishes - as many great ideas do), I realized that we could bridge these two seemingly disparate stories… Although she went on to work on other things and I forged on alone with the play, I am forever grateful to her for sharing those recurring dreams with me.”

Writing Other Side of the Game was part of the fulfillment of a lifelong ambition for Parris, who says the first dream she ever had for herself was being a writer. Seeing her debut play brought to life on stage took that dream to another level. “It was incredible and torturous and magical and nerve-wracking all at once. I was blessed with one of the best directors working in theatre today - Nigel Shawn Williams…Nigel assembled an all-star cast and crew that together manifested a production that far exceeded what I had imagined and crafted on the page. I couldn’t have asked for a better and more talented and dedicated team of people.”

In addition to playwriting, Parris is a CBC television host and writes a weekly column for CBC Arts. She has also written a screenplay. While her processes for each of these forms of writing are distinct, she says one critical element that remains consistent across all writing styles is silencing her inner critic while writing her first draft and giving herself permission to write without judgement.

In turning her sights from stage to screen, Parris attended the SCS Screenwriting: Introduction course. She says that the course offered value beyond providing her with a useful understanding of story structure and a formula for writing which she applied to writing her first short film. “It also gave me a class of peers who provided incredibly valuable feedback, asked great questions and also encouraged me to keep going when I was ready to throw my entire idea in the trash.”

A writing community is something Parris recommends any new playwright or screenwriter endeavor to find. “Writing is often a solitary craft but theatre requires a community. Find a circle of support that will give you honest and critical feedback on your work. Trust me, it will elevate your ideas and your practice.”

Don Gillmor has seen this play out in the creative writing classes he teaches at SCS, with members of the class bolstering each other’s confidence and pushing each other to improve their work. “I think sometimes there’s a sort of alchemy in a class, especially with creative nonfiction, because people are often writing about very personal things and you don’t know any of the people in the class and you’re a little reluctant to put things forward,” he explains. “You sometimes see people really come to life in that environment…in a good class you see people kind of transformed in a fairly short period of time.”

As for his own writing, Gillmor is elated to have received the Governor General’s Literary Award for his most recent book, which delves into the life and death by suicide of his late brother. “I think it’s a thrill to win for any book but I think when it’s a book that’s so personal there’s something extra as well. So that was very gratifying.”

Putting such deeply personal and painful history to paper was a therapeutic exercise for Gillmor. “I’m one of those people who sort of works things out by writing about them and I find out more things writing than I do jus thinking or talking to somebody,” he says. “I had written a magazine piece about it and I thought that maybe I had kind of gotten it out of my system but it kept nagging at me. I thought if I sit down and do a book then that will maybe solve the problem and I think to some degree it did. I think I’ve laid it to rest as much as you can with something like this.”

The challenges of wading through sometimes difficult memories and determining how sharing these memories could affect his loved ones was balanced by the insights he gained into his musician brother’s life in the Yukon. “I talked to so many people when I was there and I was going to the places where he would have played.” He says. “I got a much better sense of his world, because we were separated by 3500 kilometers and so I didn’t really know that much about it, but that I think was one of the most powerful things I got out of it.”

Gillmor, who teaches Creative Non-fiction classes at SCS, advises any writer grappling with personal subject matter not to leave anything out, at least for their first draft. “I always counsel people to be as brave and bold as possible and to reveal more than they would like to, because if you’re too careful then the story won’t have the resonance that it might,” he expands.

Teaching at SCS has helped Gillmor further hone his own considerable writing skills. “You don’t actually know what you know about writing until you have to tell other people about it and so you have to just sit down and articulate to yourself how you solve certain problems and how you approach things and a lot of that I realized was purely instinctive,” he says. “I had never actually sat and thought this is how you structure a book or this is how you conduct research. So by sitting down and thinking about it and putting together these lectures, it forced me to think more analytically and in a more technical way and I think it’s been very helpful actually.”

As for advice he would offer someone just getting started in writing non-fiction, Gillmor says that aside from trying to develop a practice of writing every day, he recommends being as honest as possible and not being afraid to tell your story. “Be ruthless with yourself - and sometimes you have to be ruthless with other people - but to put it all down as honestly as you can and then take a look at it. Maybe there are things you have to pull out but at least to know everything and be able to see it on the page, I think you have to be able to do that,” he says.

“Sometimes you have students who think that their own story is too prosaic or mundane and they wonder who would want to read about it but there are dozens of examples of stories that are just about someone growing up somewhere and they’ve just rendered it so beautifully and hauntingly that that story becomes really meaningful to potentially a very large audience. So don’t deny your own experience.”